This year we were invited to attend a welcome dinner for the interstate attendees of the Classic Japan show. This was a great honour as it allowed me to get to know some of the people and cars that had made the trek from all over, South Australia, Canberra and Sydney.

The quality of the interstate guests was very high, which was to be expected, but having only seen many of these cars on-line or in magazines, it is a real treat to finally see them in the flesh.

This period perfect TA22 named ‘Frosty’ was a stand-out for me. 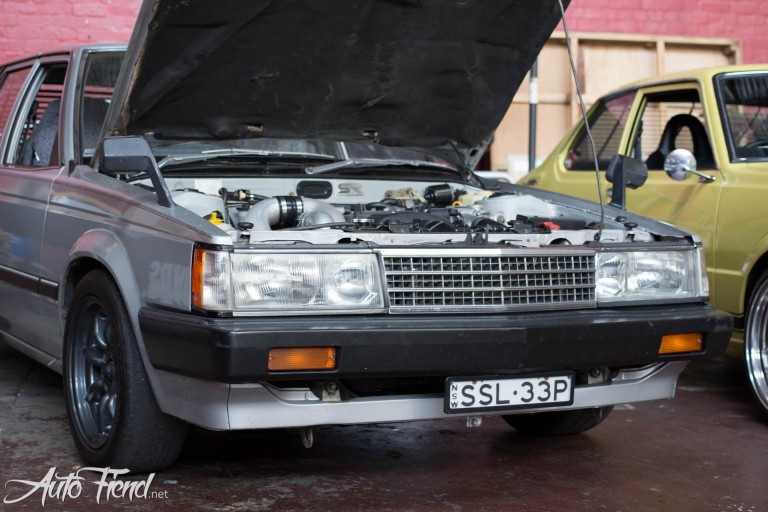 Such an appropriate plate on this Corona wagon, especially when you look inside…

….and are greeted with a sneaky VVT-I 1JZ swap. This sleeper made all the right noises too.

Sleepers seem to be a theme for the dinner as there were four cars with engine swaps, none of which were ever intended to be in the bays. Such as this MS50 Crown wagon sporting a highly chromed and polished 7M-GTE.

Now I was fooled at first glance as to what the engine actually was. The oil cap is your first step down the path of confusion, having 7JZ cut into it. Then the next step takes you to the coil cover, which looks an awful lot like that of a 2JZ twin turbo, but the eagle-eyed amongst you will notice the difference in cam gear cover, with the angular lines of the 7M-GTE compared to the rounded front of a 2J. The only small give away is the retention of the CT26, the turbo that came factory on the 7M, and the largest turbo Toyota fit to their engine’s.

The Crown isn’t just built to hammer, it is also a party wagon, having a swing out rear hatch for easy entry to the side mounted pair of seats, allowing you to cram as many mates in as possible.

You may remember this engine bay from the Winterfest post, the Honda F20C into KE30 Corolla combination is flawless.

Inspiration for the weekend for me was this bloke, Mitch Willshire drove all the way over from South Australia, in his Hilux rolling as low as you see it here.

All about the good times and mad dedication to the cause. Rolling low and slow!

Driving such distances in a car like this can be detrimental to one’s sanity and spine. But Mitch is all about that life. 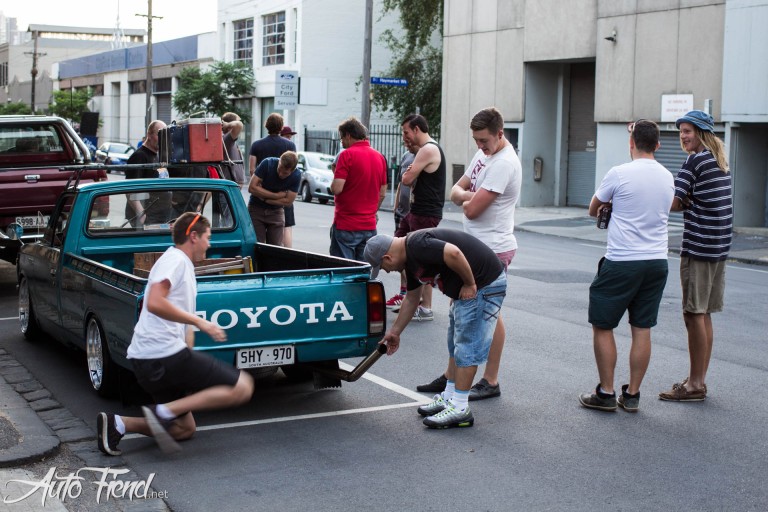 There was so much interest when Mitch rocked up, from the exhaust tip fused together using a TIG welder with no pedal, to modulate the flow. Making this no easy task.

The lowness of the Lux is undeniable, and being the same model as Andrew’s (one of the Classic Japan organisers) Hilux, made for instant bro-time. Finally meeting people you know on-line can be an awesome experience.

A stark contrast between Mitch’s old Hilux and Karl’s modern dualcab, as well as differing methods of modification.

Also falling in to the categories Low and Cool was Troy’s RA23 ‘Lilly’ would stop traffic and destroy spine’s on the regular. 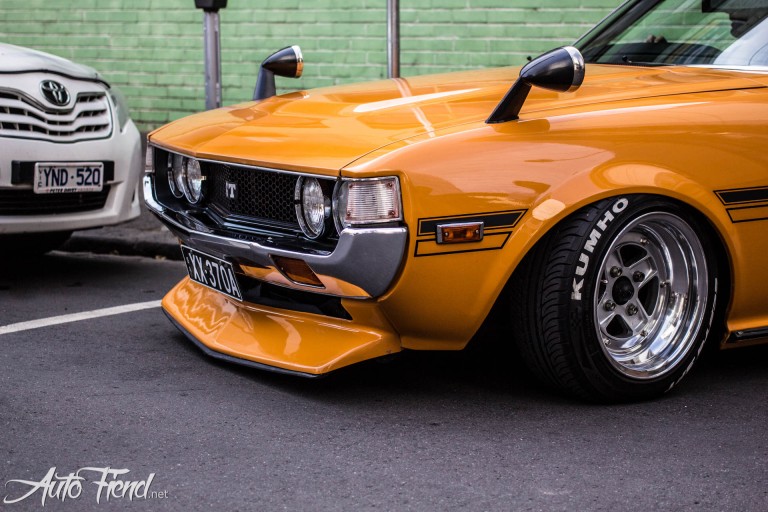 With the longer than usual front lip and stunning low ride height, matched with a set of perfectly sized SSr Mk2’s, what a stunner. Show quality in every aspect of the word.

Even show quality cars need a hand leaving the restaurant sometimes, handy having a mate around during these moments. Gotta save the lip after all. Garage Cafe can be a treacherous place to enter and vacate.