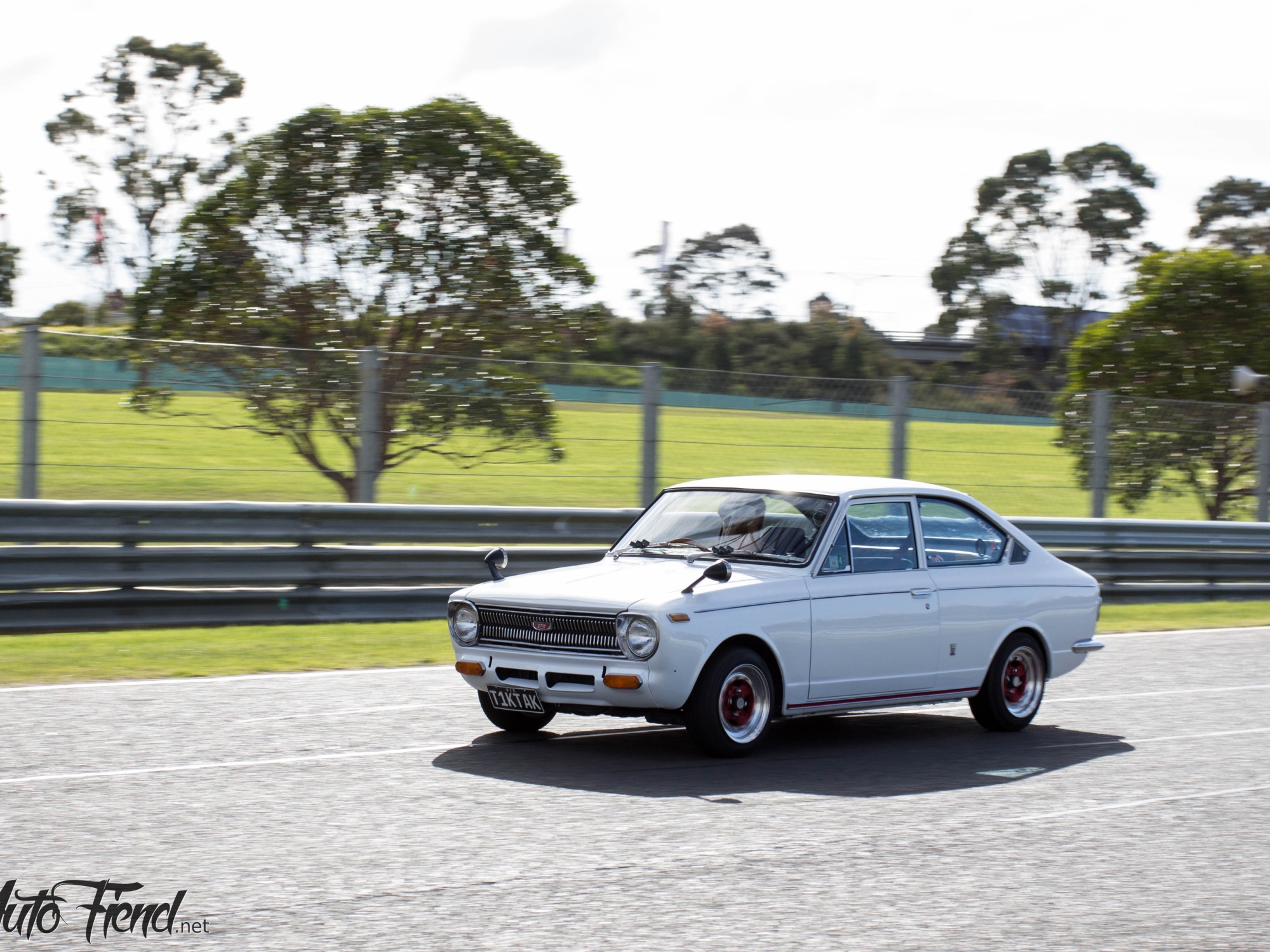 The first part of our 2015 All Toyota Winterfest coverage will focus on the most prevalent attendee, The Toyota Corolla and we will be working our way up from oldest to newest. 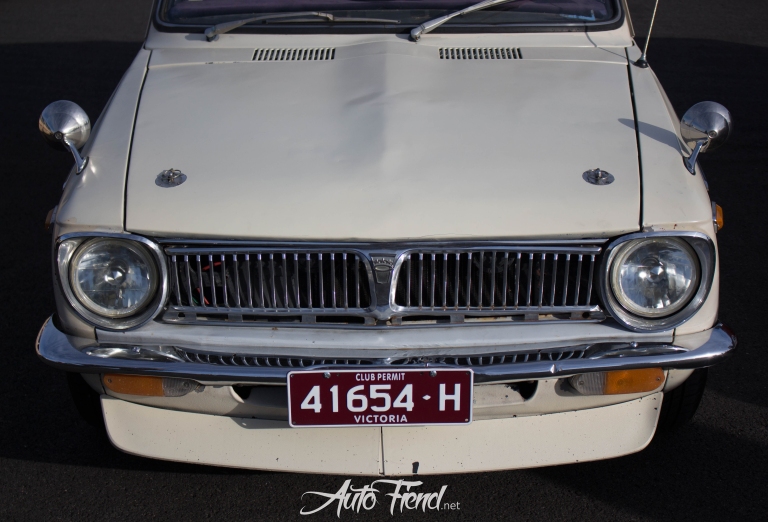 This KE1* wagon/panel van was so damn clean with suitably sized casablanca’s to suit.

The KE10 affectionately known as PEECHS was opened up to give us all a look at the supercharged 5K that lay inside.

If you follow the instagram page @auto_fiend you may recognise this car from a little while back, Amar’s KE17 goes by the name T1kTAK.

With a bit of a freshen up and some new wheels,  it looks fantastic, He always looks like he is having a ball too. 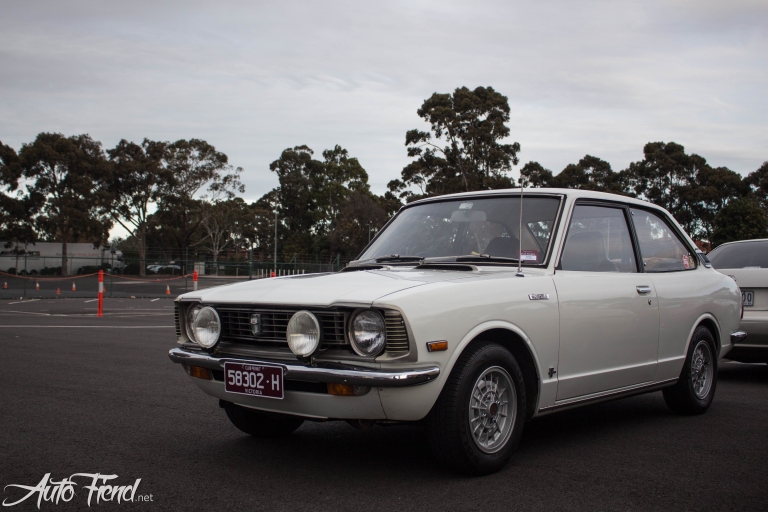 Onto the next generation of Corolla, the KE20, with some spotlights and fantastic paint.

Now we move into the realm of the KE70, the last of the KE series. 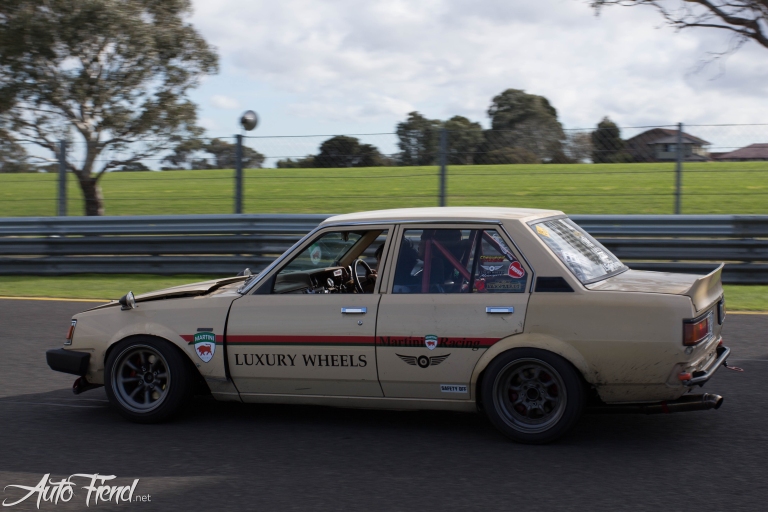 This bad boy though powered by a Nissan SR20, is used for drift duties representing JVN Garage. 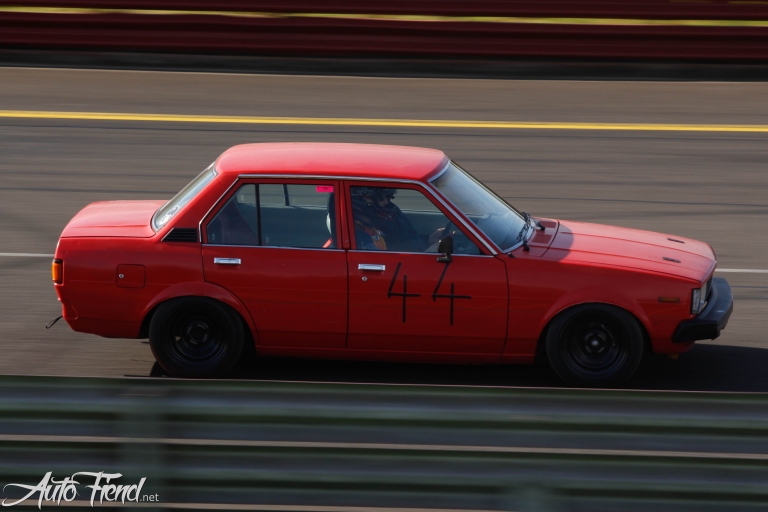 I must get another sedan, I just love them. 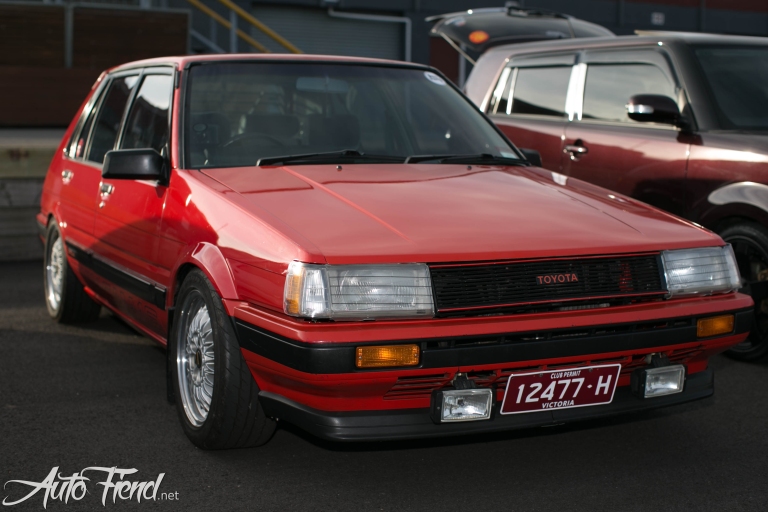 This AE82 is the first generation of FWD (Front Wheel Drive) Corolla’s and fitted with the bigport 4A-GE is a formidable daily.

The AE86 Sprinter/Levin is a highly sought machine, in part due to its successful race history and also due to its cult status as the hero in the Initial D anime. 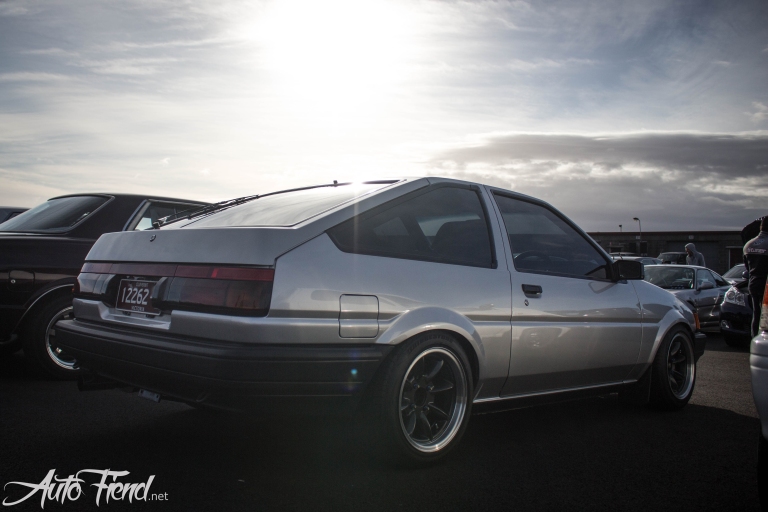 You can see where the attraction comes form. 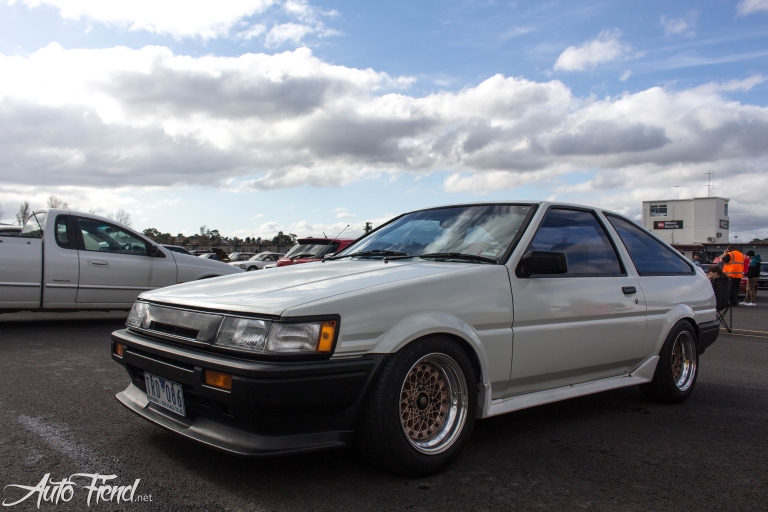 The various trim differences make for subtle visual changes within the same model.

A rarity on Australian shores is the AE92 FX-GT corolla once again a FWD with the 4A-GE, I was unaware of their existence till this years event. 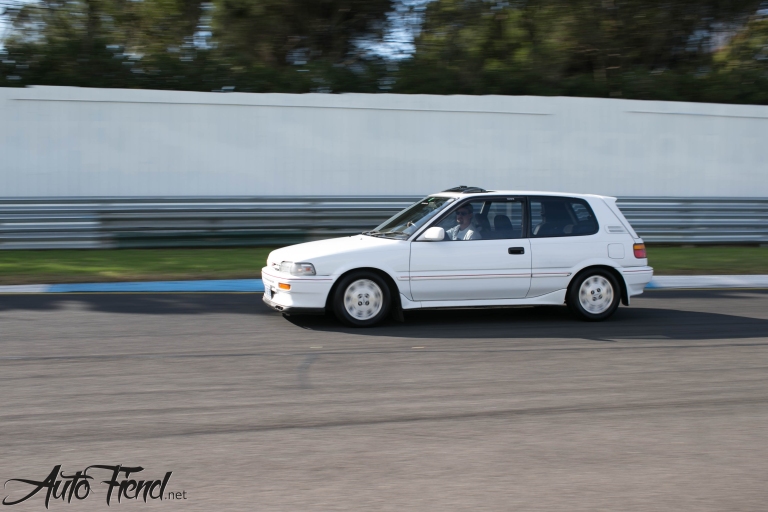 Not only 1 but 2 of these machines made the trek from interstate for the event.

Stay tuned for the next set from the event.