The first weekend of October saw the latest Chopped event held at the Newstead Racecourse, organised and run by the guys from Chopped – Rod and Custom Magazine. 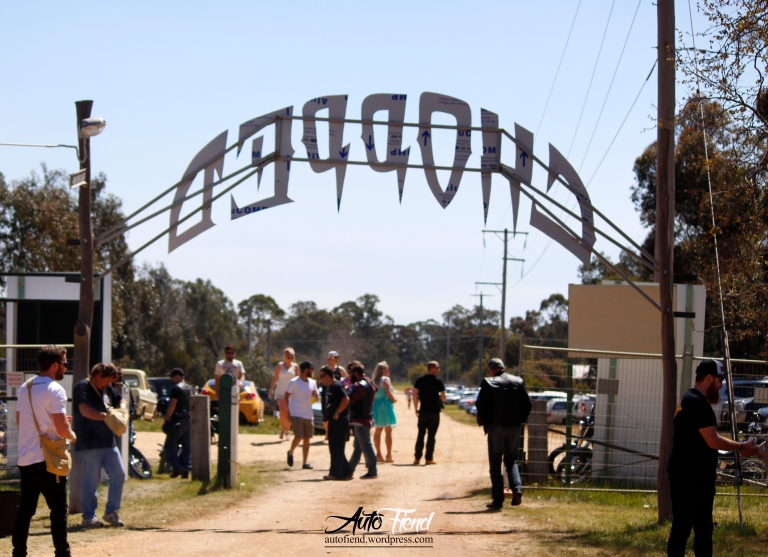 Another year down and my third time attending the event.

I decided this year that I would take things a bit more seriously and instead of spending the whole time partying, I took the chance to catch as much as I could through the lens.

People set up their camps within the designated areas, in the beginning anyway.

The trusty caravan is definitely the accommodation of choice where possible. It helps if you have something cool to park outside as well.

The vehicles parked up in the show area were a diverse array of Nostalgia, such as this originally styled Deuce. 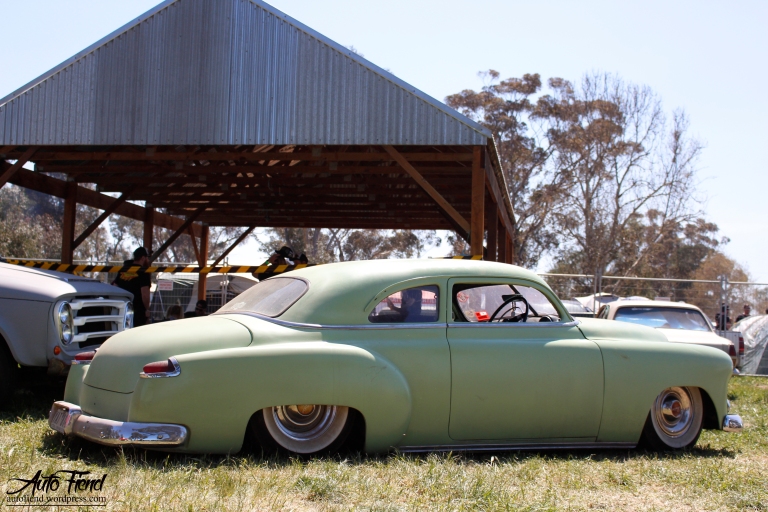 To this kustom with a perfectly executed roof chop. It looks as though it may have been converted from a four door, but only a guess. The high quality of the body work makes it hard to tell what has been done.

I spotted this Classy ford being driven by Ryan Ford himself, one of the event organizers. The paintwork was amazing and I would expect nothing less from someone of his skill level, being a highly skilled pinstriper.

Another lovely vehicle was this beast which I was lucky enough to catch whilst on the dirt drag strip in a classic showdown (but more on that in the next post).

The dropped stance of some cars really makes them, appearance wise. Who doesn’t love a nice dumped classic. Each time I attend this event another machine pops up and really stands out as unique. This pickup was running a Lincoln – Zephyr Flathead V12 with a Supercharger bolted on for good measure. Prior to this I was unaware of the V12’s existence. Some machines were there purely to have fun, and this guy seemed to be having the most. 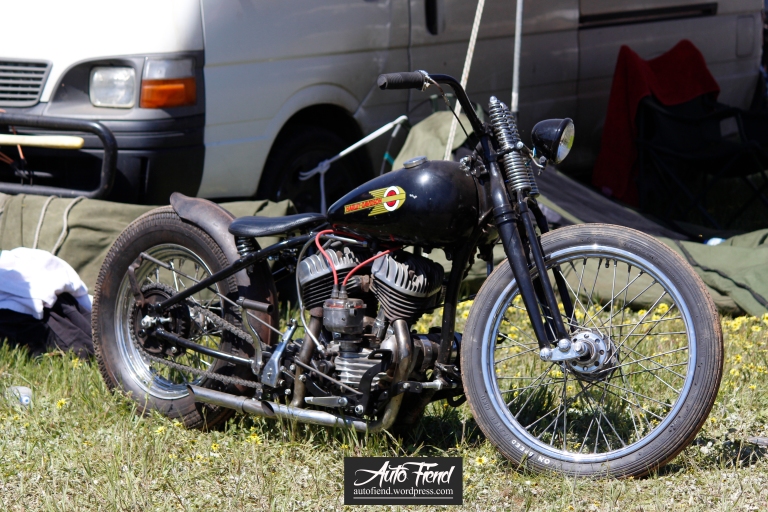 This old flathead Harley was a rare and welcome sight…

Next up: The Bread Van, the patina this thing had developed over a long life was incredible up close. As were the extra wide front and rear wheels.

A well thought out chopper is always cool, especially when it has touches like a re-purposed stop sign for a seat and coated blue exhaust runners. Tough as nails!! 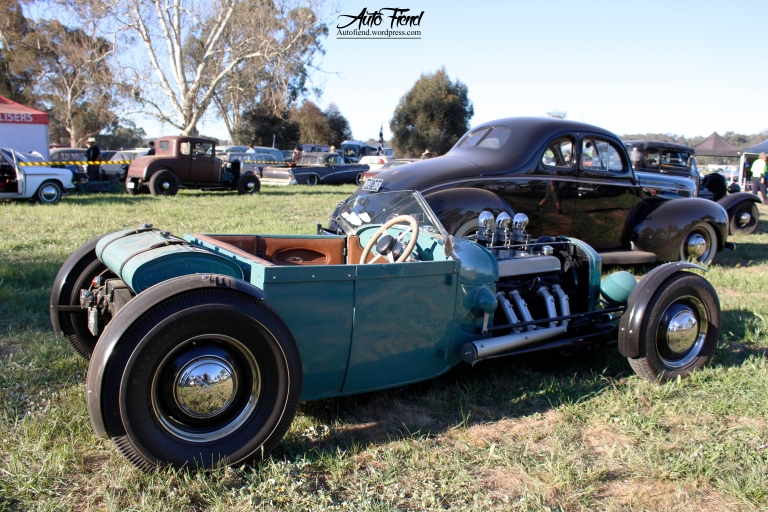 There are show quality vehicles here too, and they often steal the show.

Over in the vendors area they had a few bikes on display such as this scaled down BSA, watching over the proceedings.

One of the stand out cars for the weekend was Hi Jinx which was a methanol guzzling monster, but the insatiable thirst didn’t stop the owner from cruising it around all weekend.

There was a large contingent of early falcons, due to their availability and pricing, they are quickly becoming a very popular entry level classic to bring to events like Chopped.

Second on the list for popularity is the humble Valiant. Though this Gasser inspired AP6 did not go unnoticed.

The show area constantly had top quality vehicles moving in and out especially on the Saturday and Sunday, as many people only ventured up for the day.

I had the pleasure of meeting the owner and builder of this immaculately presented 32 Ford at his shop Rancho Deluxe several months ago. A very honest and helpful guy.

In contrast to such a well presented vehicle, here is one which looks as though it has never stopped to be repaired simply modified and kept running. Truly the way these cars are meant to be used, in a perfect world.

Sometimes even the cars need a bit of shade from the sun, as the heat up in Newstead can be severe.

As the sun goes down though the sounds of vehicles die down significantly, though there are still many people getting around.

About this time of day everyone is starting to organize their dinner and cars are getting a well deserved rest.

That is where we will end the first piece of coverage from the event, Much more to come.