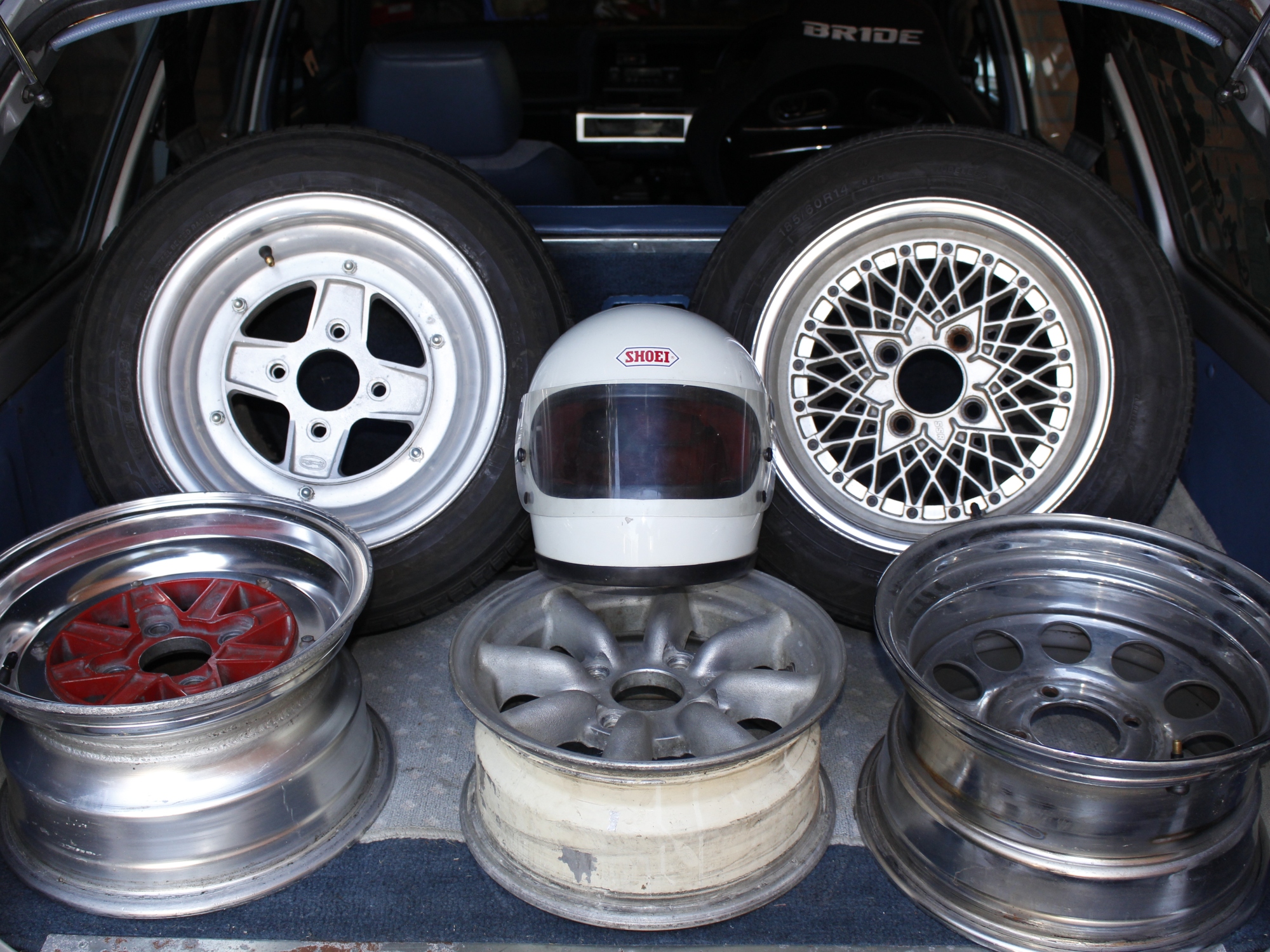 This year marked the second event organised by Grip Shift Slide (GSS) held outside and around Import Monster.

The turnout of cars was huge.

For a meet that is spread out all over the street it is massive. And the quality of cars that show up is high indeed.

A small display I set up in the back of the wagon pre-show. Can you identify all the wheels? Steelies not included. 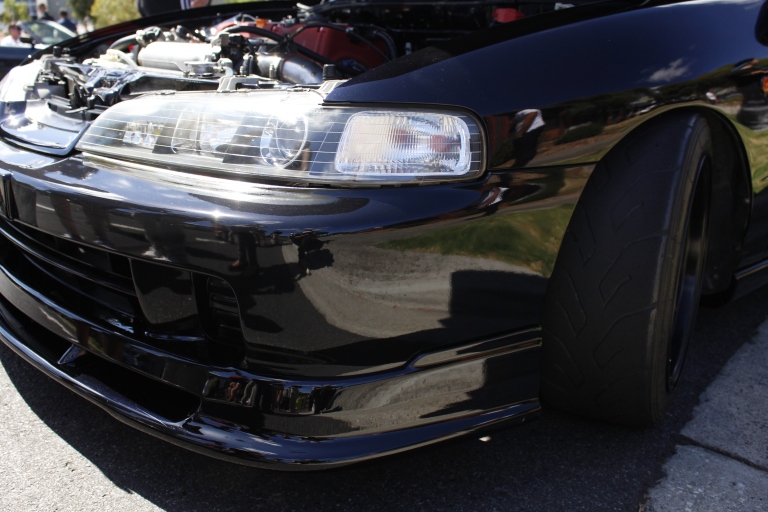 The JDM face lifted DC2 Integra Type R, was quite the weapon with all the right bits. 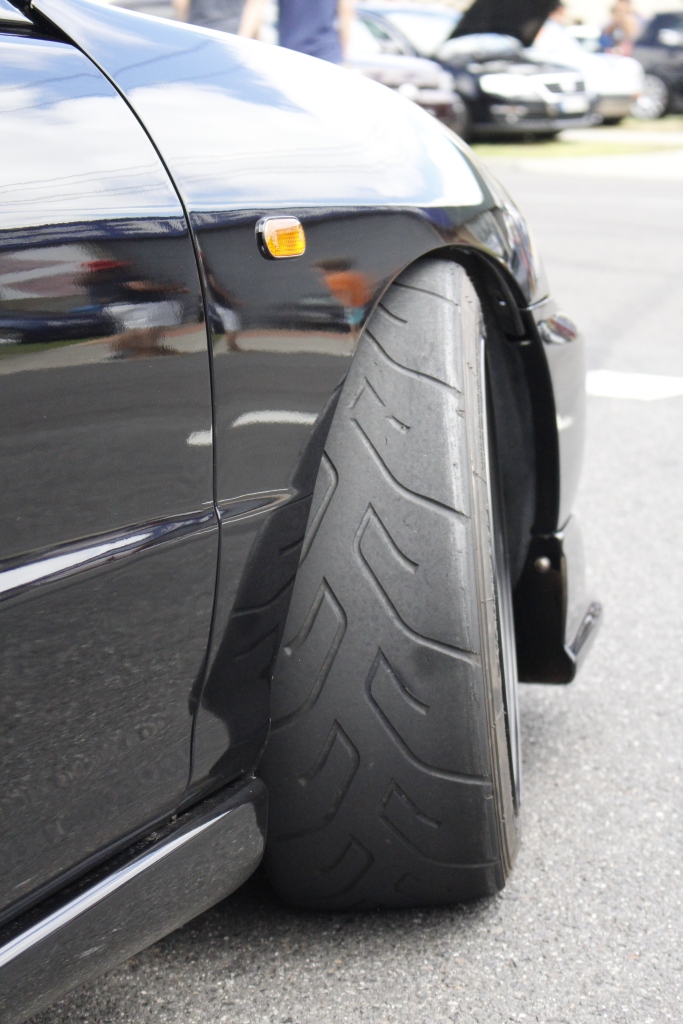 The Advan A048 Semi slicks all round were an intense choice for road use, but with the K20 beneath that carbon bonnet these were more than required.

This Golf was on bags but that isn’t such a bad thing. Allowing the vehicle to be sat right down on the road.

The only other KE wagon in attendance was this guy. He seems to be at most of the same events. Cant hate it though.

Just classic. A message to Tailgaters. 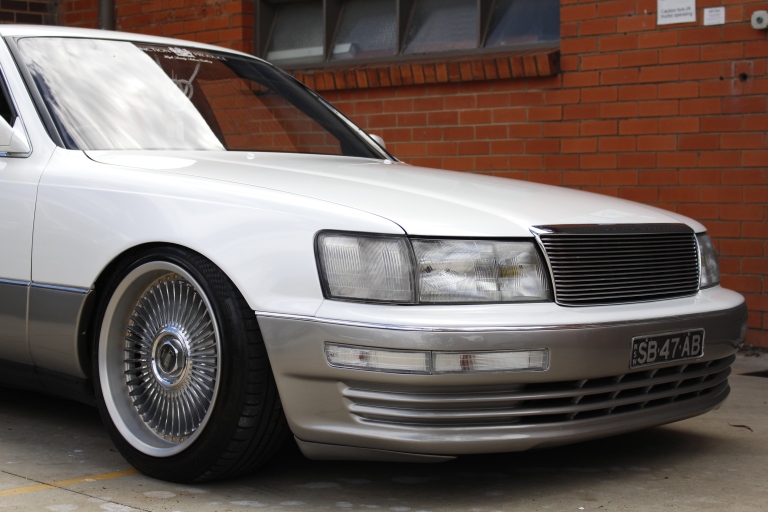 Always good to see a bit of VIP influence in the scene as showcased by this Lexus LS400. 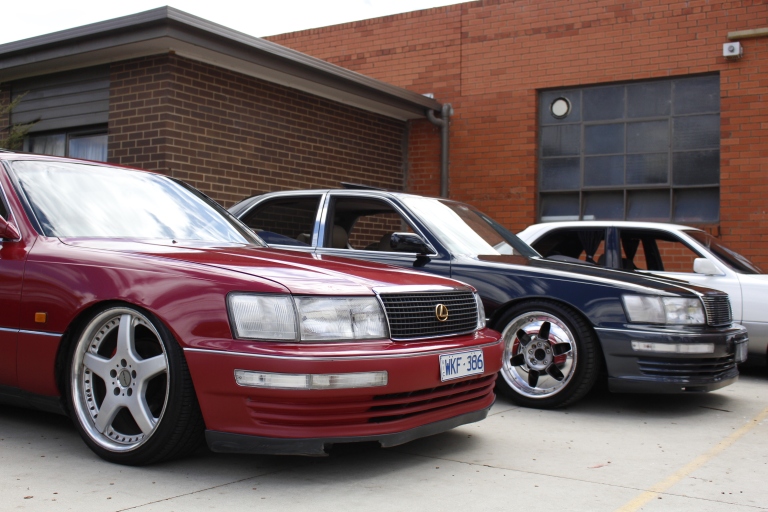 It came with friends. The LS400 is a very popular base from which to create a VIP themed machine. Low with massive wheels is the basic idea behind the style, They are meant to look like the vehicles driven by The Yakuza in Japan.

Its not all Large 4 door sedans though, as this well executed Toyota Soarer shows with its massive dish and dropped height. Thumbs up.

The new Toyota 86 / BRZ / FR-S has been a huge success for both car companies and has almost single-handedly revived the aftermarket parts industry around the world. This one was incredibly low sitting on what appeared to be Work CR Kai’s (though with so many replica wheels flooding the market telling real from fake is getting hard).

A very clean set of SSR SP3’s on this example.

Import Monster had a few cars on display including this JZA80 Supra. With upgraded twin turbos on the 2JZ-GTE it was a very clean overall setup.

Taking a walk through the shop itself, there were so many wheels and other parts on offer, Import Monster being a parts importer. Being a Kyusha fan, there was not much on offer to suit my taste, but plenty to fill those larger vehicle arches. 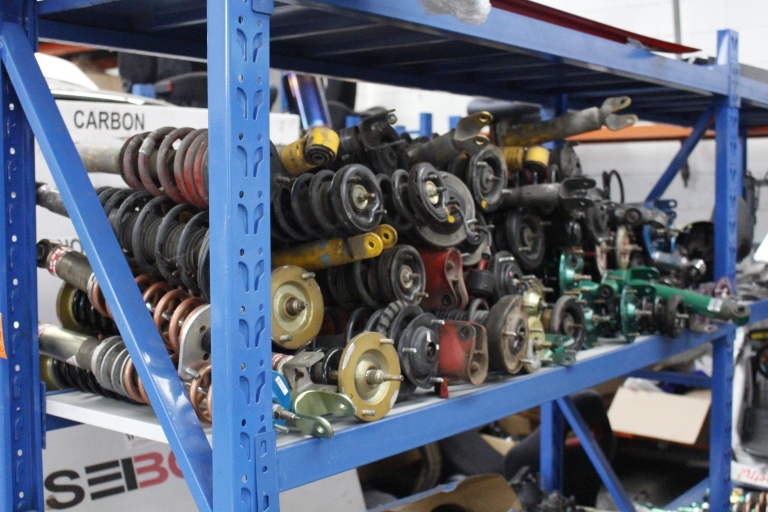 The side exit exhaust was a nice feature on this Datsun 1200 ute with period correct SSR Reverse Mesh 13’s all round.

I missed this R31 at the Rebuild event, cant help but appreciate the Kyusha style.

Just when you think you are the only person at an event with a set of Watanabe’s. Someone shows up in an immaculately presented Datsun S30 with a set. Some people. 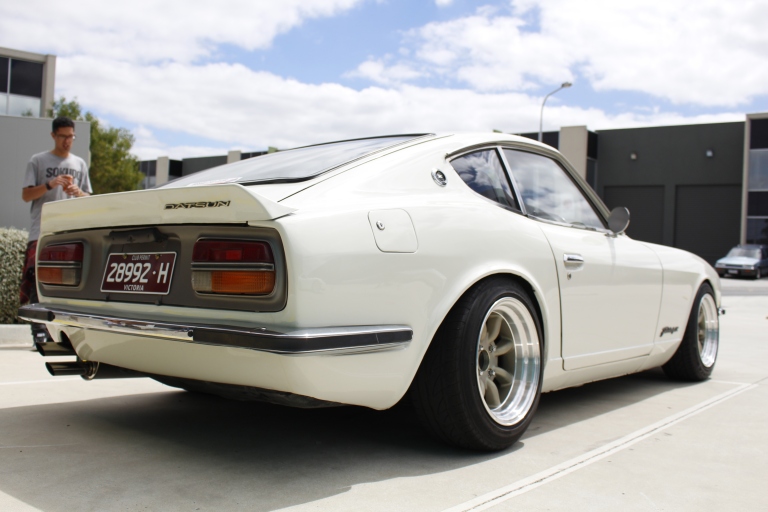 This thing stole the show for me. So well done. Sizing of the wheels was not over the top and the vintage Fairlady exhaust was a great feature. So Fresh and So Clean.

So low and so much money. RX7 series 8 with a set of Colour matched center Work Meisters. Very tidy.

He brought a friend too in the form of this over the top Honda S2000 which had no problem drawing a crowd with its serious over fenders and bodywork to match.

Can you have too many Canards? 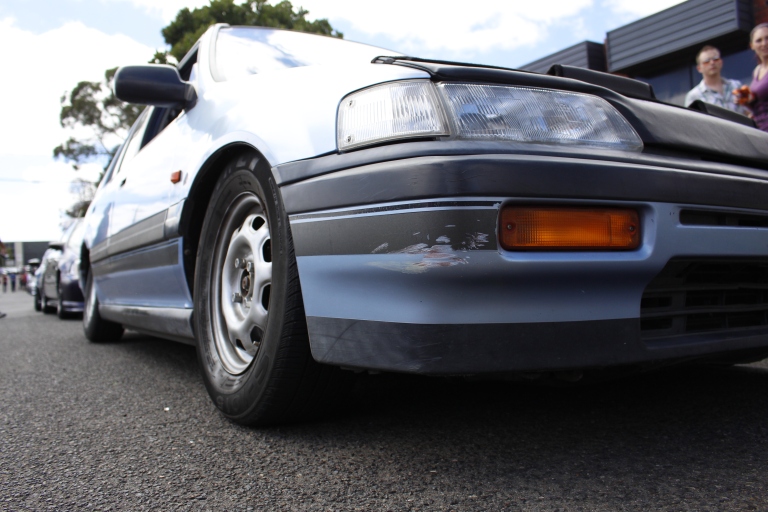 Can’t go wrong with a dumped Honda Shuttle. So underrated and under appreciated. So much rear camber. Love that IRS.

But you can’t just rock up to a show, some crews have their parking game down to an artform as well. As is evidenced by the boys here from Primal Garage.

This vehicle needs no introduction, still low and still so clean. 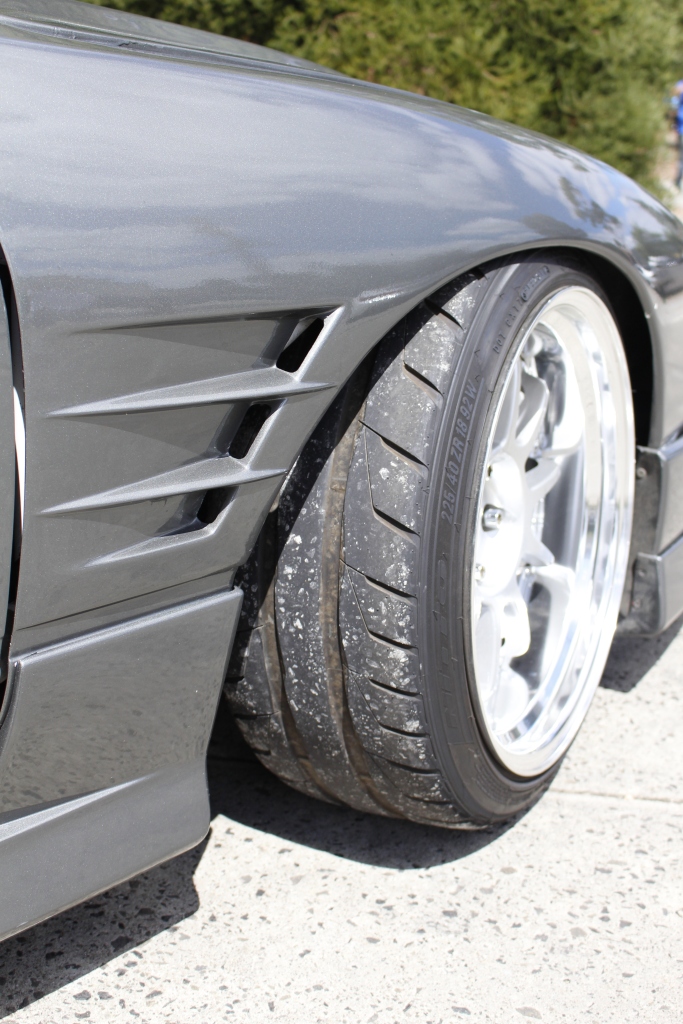 Quality rubber to go with a quality set of wheels. Can’t go past the wider fenders either.

Not a terrible view. Exposed rivets on the rear over fenders are a subtle but effective touch. 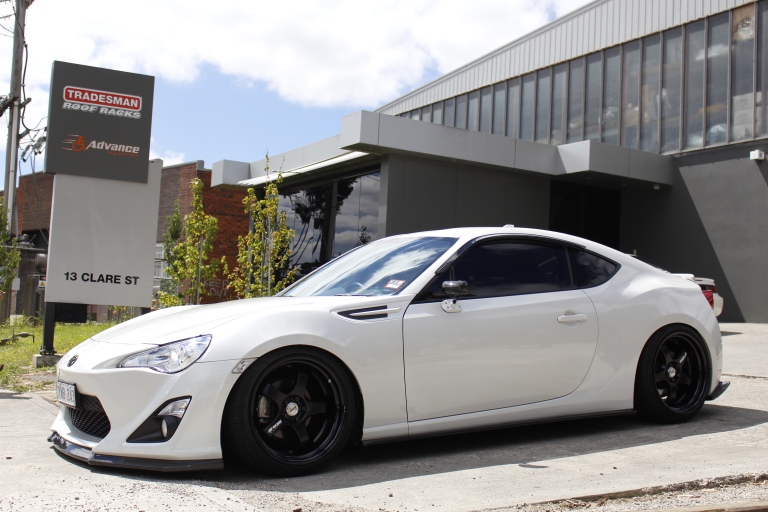 This 86 was very low and the wheels were very wide. Work Meisters in all black is unique. 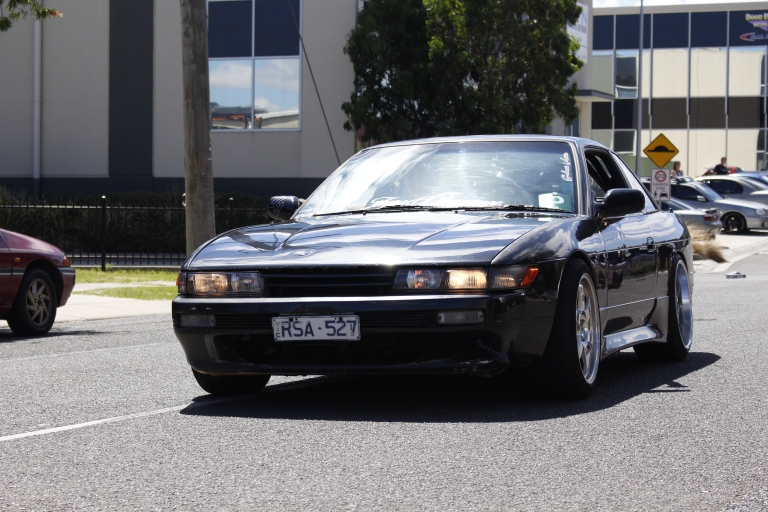 A big high-five to Jesse in his rugged S13.

With one of the most rough stickers I have seen on a car.

And what a note to go out on, hope to see you all there next year.

A big thumbs up to the GSS team for putting on yet another successful event.