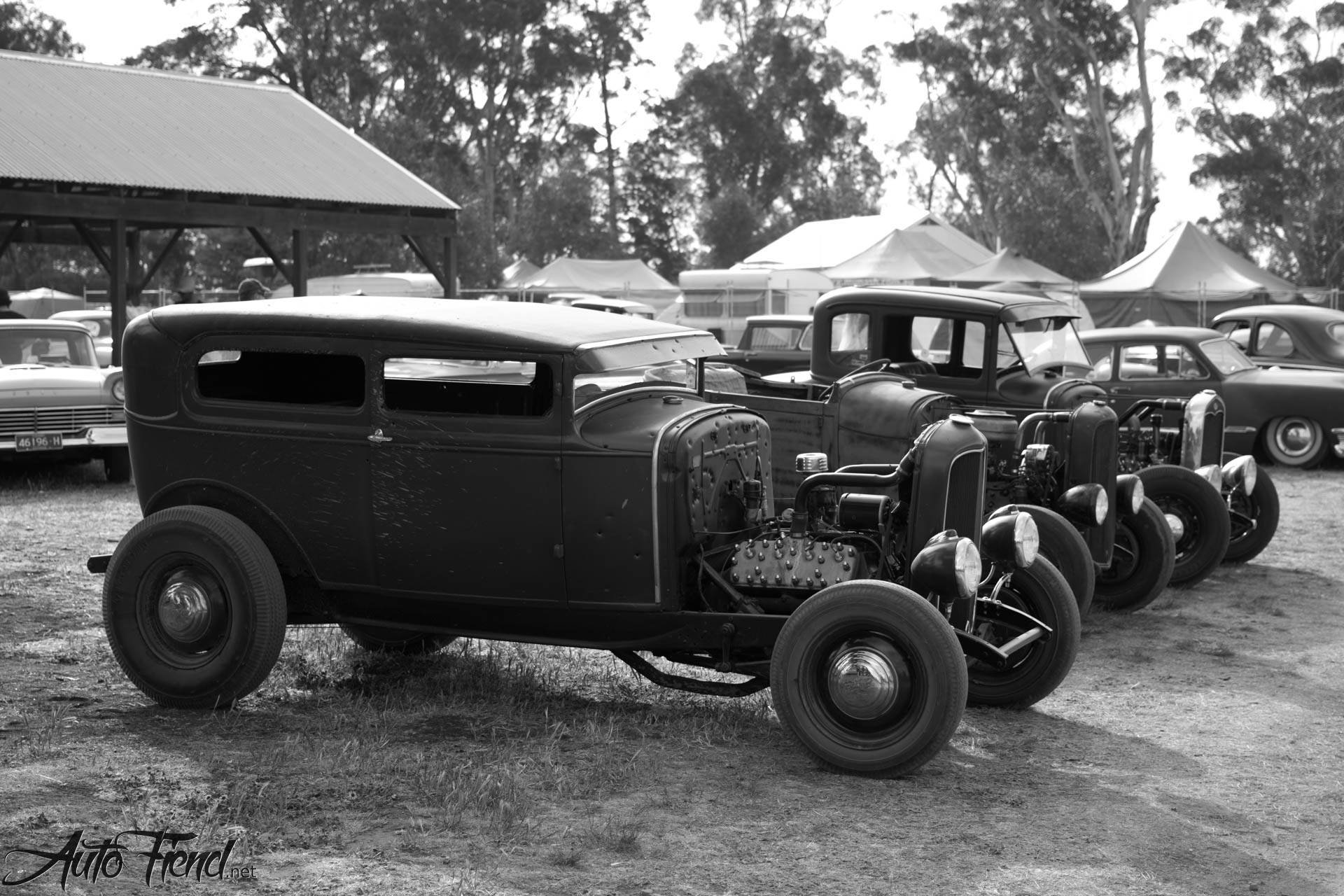 2015 was another great time at Chopped. The quality of the vehicles present is always high.

This Ford roadster was stunning with its cream paintwork and quad carb Flathead engine. 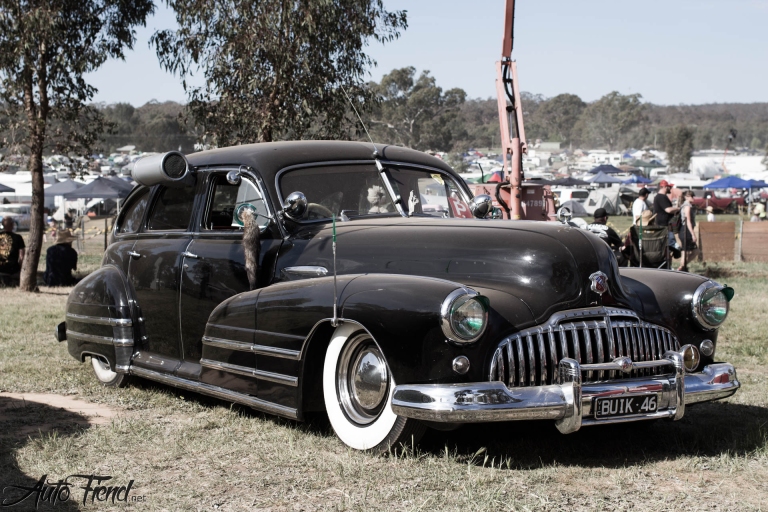 It really helps me when there is helpful badging or number plates fitted to a unique vehicle. As it’s just too much to recognise and remember them all. This ’46 Buick had a tonne of subtle additions such as the door sill mounted air catcher, more commonly found on VW’s, directing fresh air into the cabin to aid with cooling.

I have seen this ’30-’31 Model A for at least the last two years at Chopped, and it is by far one of my favourite rod’s in the country.

Someone brought along their front engined rail dragster “Slingshot” to sit amongst the vendor stalls. Tough doesn’t do this monster justice.

A supercharged Hemi with mechanical injection and top-fuel pipes would make for an awesome symphony of mechanical sounds, and an amazing view from the drivers seat.

The driver (more accurately Pilot) has a fair bit to deal with, not only is he sat behind a monstrous supercharged Hemi, but he has a tiny steering wheel to hold onto, very minimal switch gear and under his legs and in front of his seat is the rear of the diff housing, heaven forbid he blew a diff. 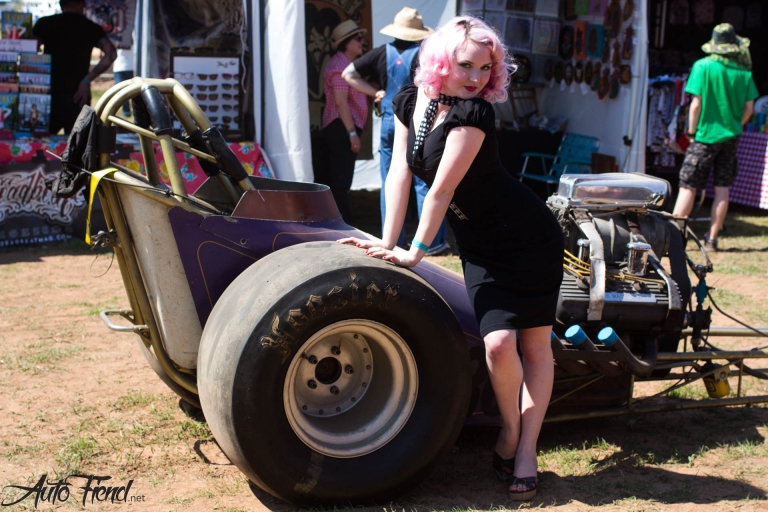 This lovely and friendly model was more than happy to pose for me on this incredible racing machine. Not dealing with models too often, it was very helpful approaching someone who knew what they were doing.

A trio of Model A’s in various shapes is heaven on the eyes. Easily my favourite model of Hot Rod.

All powered by the famous Ford Flathead v8.

A high rise manifold holding twin Stromberg carburettors atop a Flathead is a period perfect combination.

The Oldsmobile Rocket engine is a very simple looking, yet attractive V8, possible reasons for its popularity as an engine swap in many hot rod’s.

This Chevy four cylinder looks like no other engine I have come across from the time or since. Almost like a Bugatti engine in it’s simplicity. 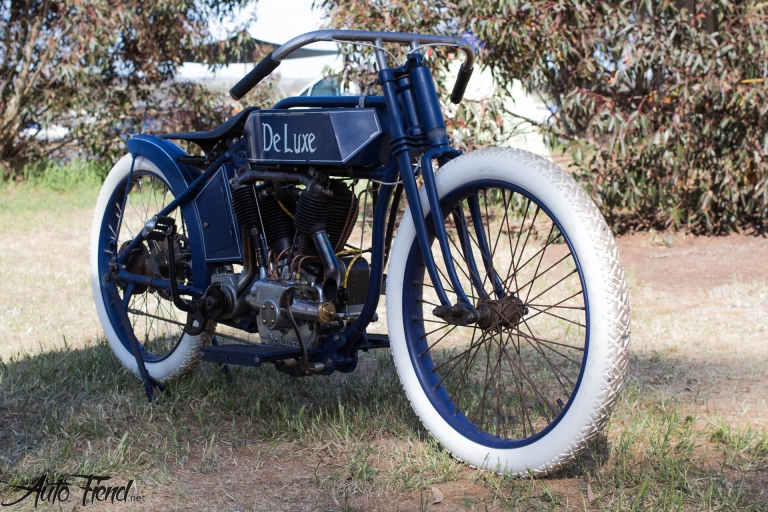 My bit of research tells me that this is indeed a Deluxe Motorcycle produced around 1916 or so, making this a seriously historic machine. I have seen similar No Skid tyres mounted to the wooden wheels of a Model T Ford. 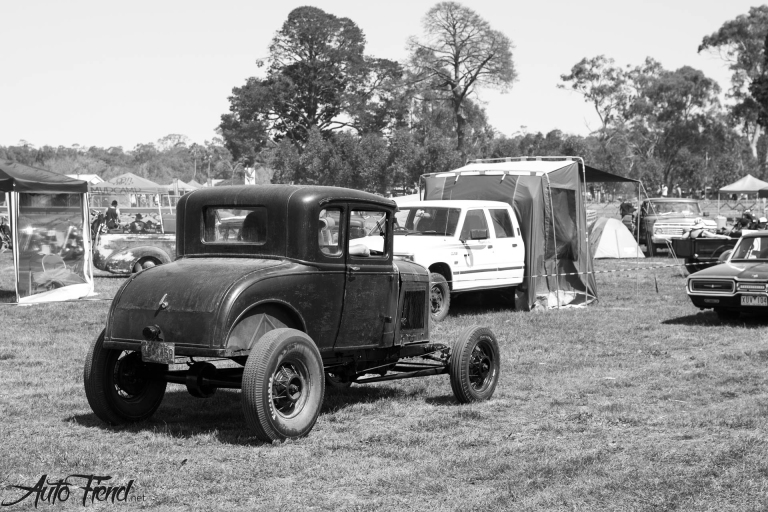 My favourite machine from the show for the last few years has been this bare bones simple Model A, named ‘Dynamite Bettie’.

You may recall this machine from the previous post, but I felt there needed to be a small highlight of the varied paint features applied to it.

Event Big-Dog Ryan Ford brought down his ‘in the works’ Model B ’32 Ford drag car. 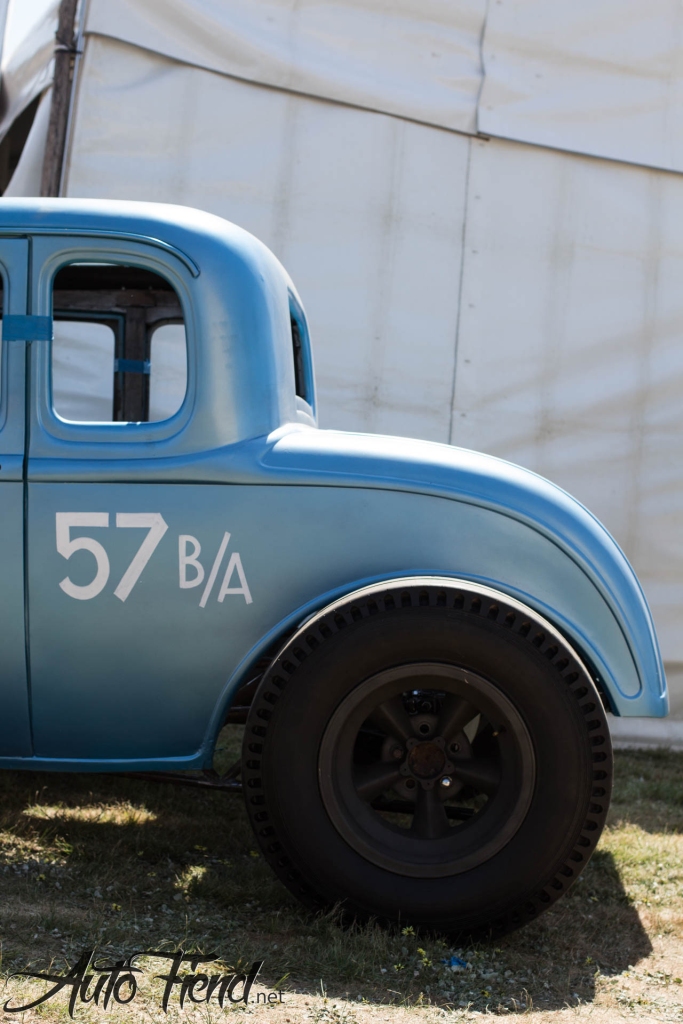 The nostalgic styling of the build is obvious, right down to the period correct slicks.

The engine is recessed well back on the chassis protruding into the body work.

The body work has been chopped (get it) back substantially to allow the supercharger and engine to sit back as far as possible. This has ruffled a few feathers as the body is an original steel item, but Ryan has gotten straight into cutting  it. 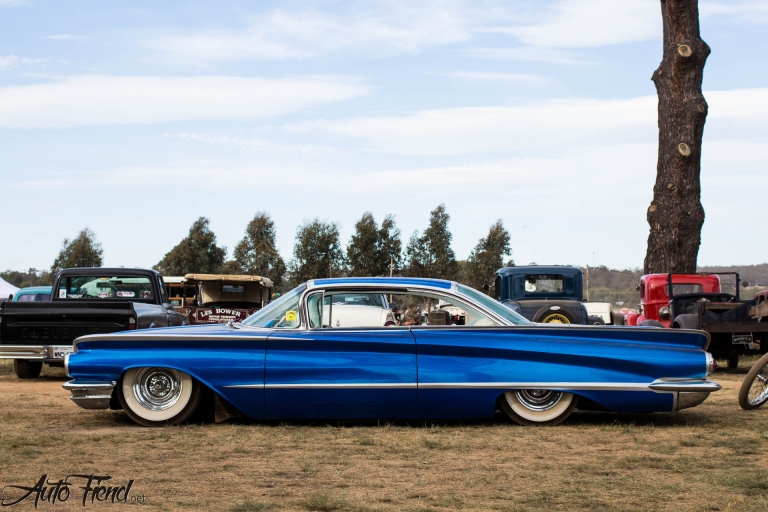 This Buick Electra is a stunning example of the designs that flourished in the US. 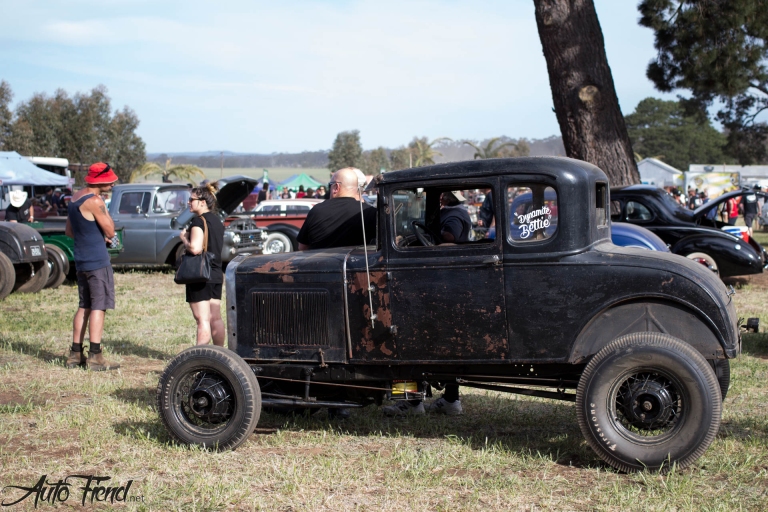 Dynamite is just bang on.

The basis of Chopped is all about getting together with family /mates or friends you have just met.

Sharing the good times and having a chat, surrounded by cool cars.

Also getting out in those cool cars and having a ball.

There are some different creations getting around like this Honda CT based Postie bike with a modified fire extinguisher for a fuel tank and hanger handlebars. Good for a skid or two in the grass as well.

That concludes Chopped for another year, I hope you all enjoy it as much as I do.

One thought on “Event Coverage: Chopped 2015”