Everyone loves a bit of Drift, so here are some shots from both the Formula Drift event and the Figure 8 event held over the course of WTAC.

Starting out with a few of the cars competing in the Figure * Drift event. The last time I saw pictures of this car, I am fairly sure it had a 3S-GE Beams in the bay. Now there is a dirty V8 in there. I can understand the power : money benefits, but I just love when the cult AE86 is fitted with the venerable Beams.

Over the next few shots you may see a trend.

If you have a dedicated track car, why not go crazy with the visuals. Big dish, crazy colour’s and graphics, awesome. 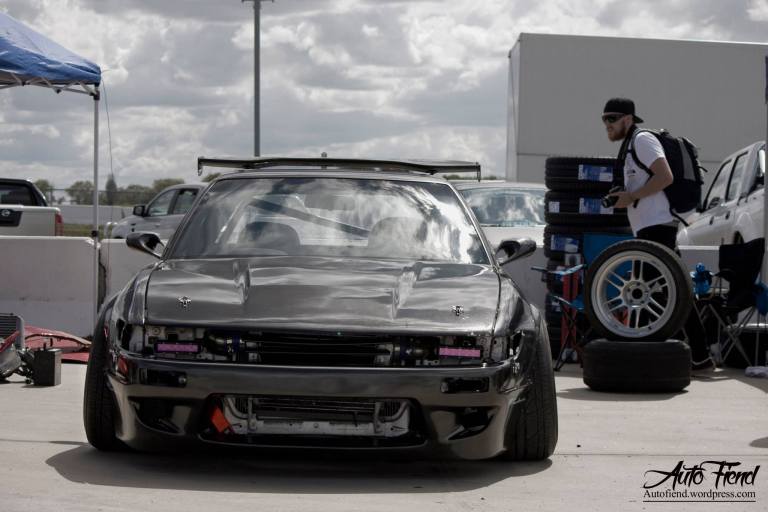 Occasionally some dirty bearded hipster gets snapped in the background (that’s me) whilst our experienced photographer is doing his thing.

Another quality looking S13 Silvia. There is a reason they are so popular for drifting, aftermarket support is massive and they are a light and nimble chassis to throw around.

Now we head over to the big dogs of the Formula Drift competition.

First up we have the very well known Red Bull, Mazda, Rocket Bunny and Speedhunters sponsored “MADBUL” Mazda RX7 of “Mad” Mike Whiddett, this machine needs no introduction and no one could hear you making one over the sound of its 26B quad rotor buzzing away. The BenSopra 380SX was brought down under to show how the Japanese build a car. What a beast, harnessing the modified heart of an R35 Nissan Skyline GTR.

A crowd favourite was the “Sonvia” of Aussie drifter Jake “The Drift Squid” Jones.

I feel this picture explains why he is so popular. He manjid all the way down the main straight and continued his display of control through a large majority of the track, if not all of it. What a showman.

Levi Clarke of team Exedy had his S15 Silvia on song, for the whole event. 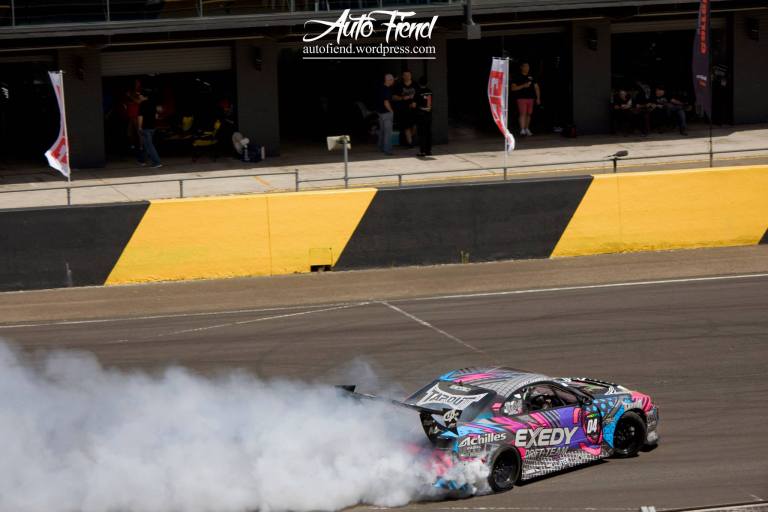 His consistency saw him eventually take top honours against a field of very successful and highly paid drifters. Great to see an Aussie on top of the podium at a world class event.

Team RS-R brought their manic Nascar V8 powered FT86, as is campaigned by Fredrik “The Norwegian Hammer” Aasbo, a very well known and successful name in the Formula D series.

An action shot of the Kiwi Daynom Templeman battling against Daisuke Hasegawa. Two monster cars, both with huge power. 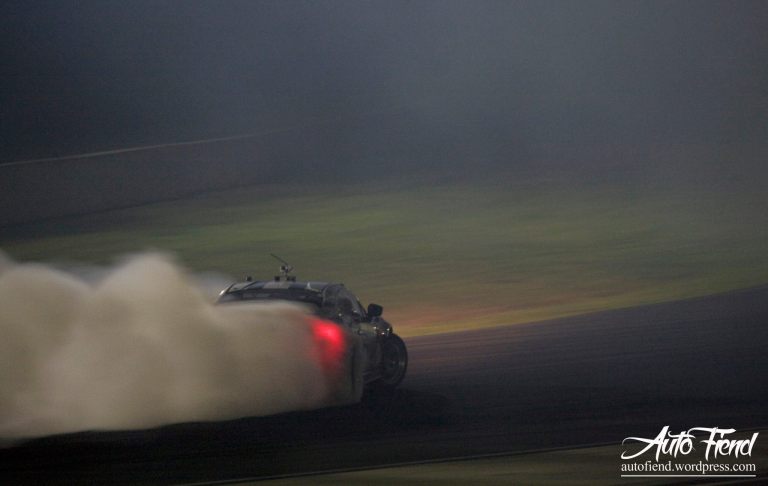 The green neon’s on the side of the 3 Fingers Neat 180SX are a very unique touch.  The night setting makes for great shots, if you can get them.