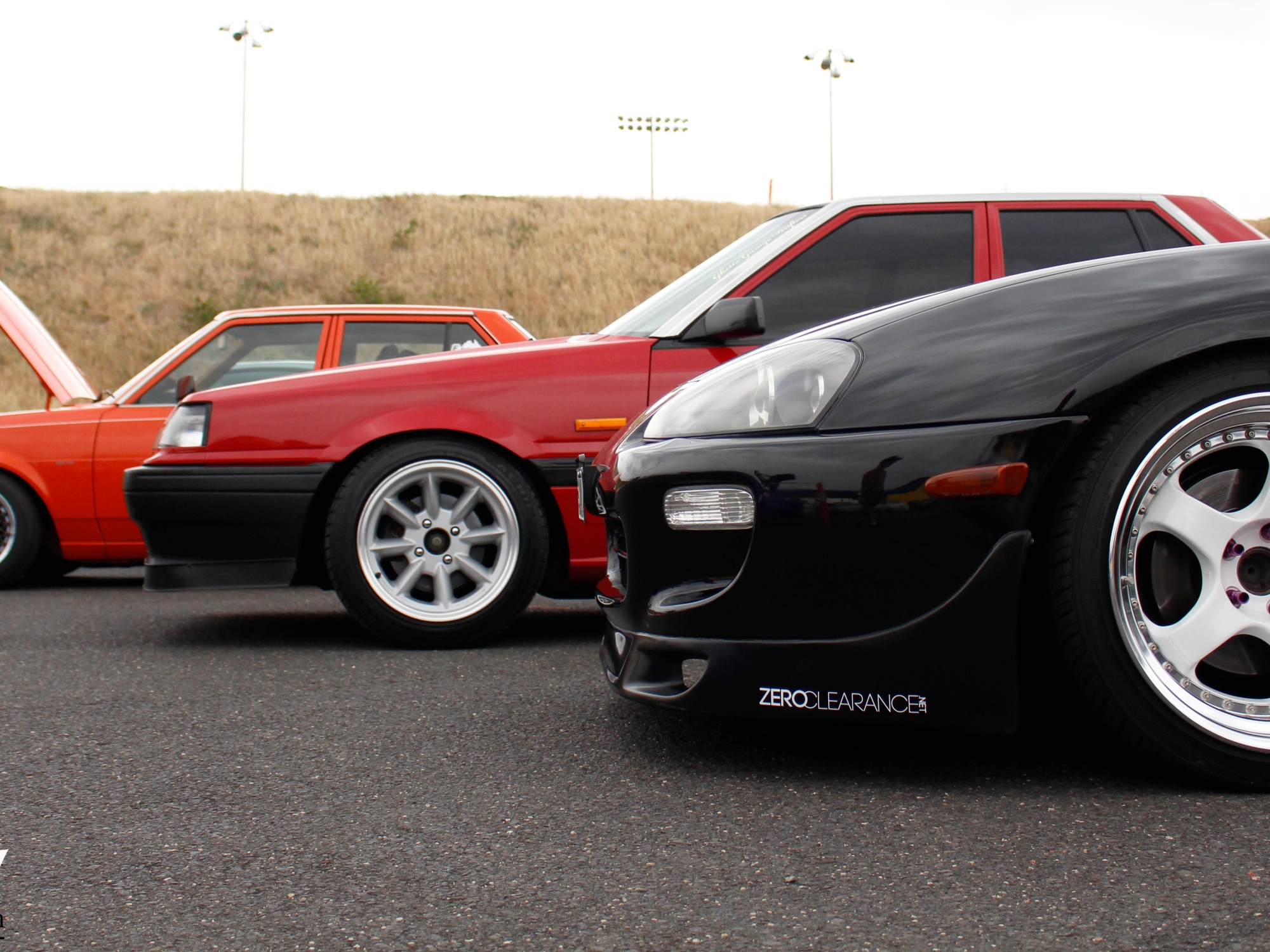 Near the end of 2014, We at Auto Fiend were given the opportunity to be involved in a static car show to be held during the Just Car Insurance VicDrift – Drift X. 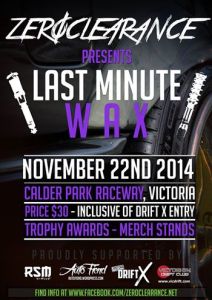 The event was named Last Minute Wax and was presented by Zeroclearance.com and supported by a few other companies as well as us, here at Auto Fiend. We were also fortunate enough to have our photo used for the official event poster.

A huge variety of cars rocked up to the show, from modern Japanese machines.

With some very tidy fitment to boot. Ferrari Center caps just set these wheels off.

Some friends rolled up in matching cars. 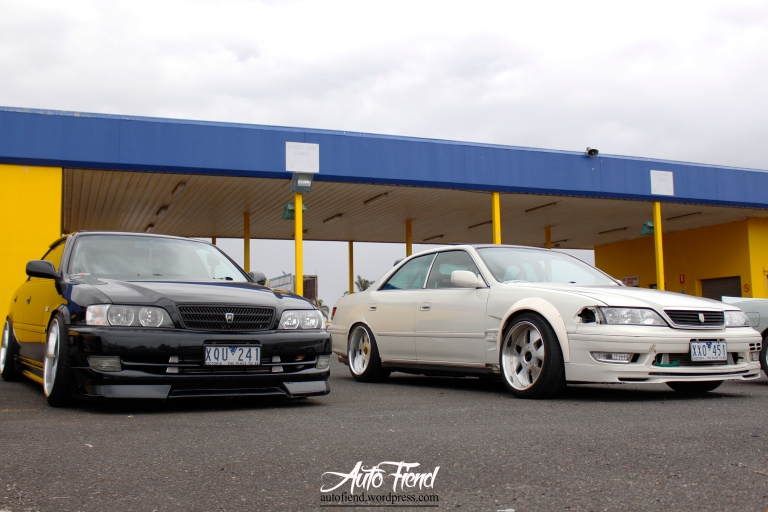 Some shared platforms but different models, like these two JZX100 toyota’s, but in the form of a Chaser (Black) and a Mark 2 (White).

Two similar yet quite different cars. This one was very clean and seemed to be aimed at street use.

Whereas the Mark 2 was more suited to Drift duties, whilst retaining its street registration.

Street cars were definitely the staple of the event. 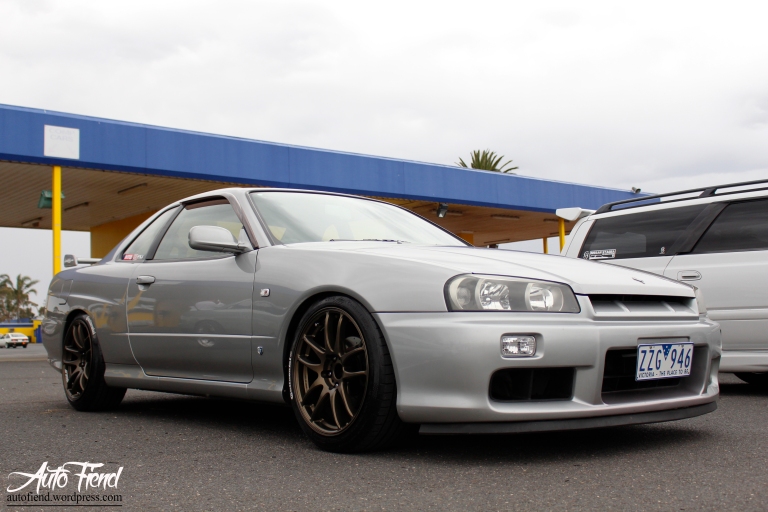 As shown by this clean R34.

And equally clean S13 (you may recognise this car from other event coverage).

There is a lot to be said for keeping your daily tidy and usable. 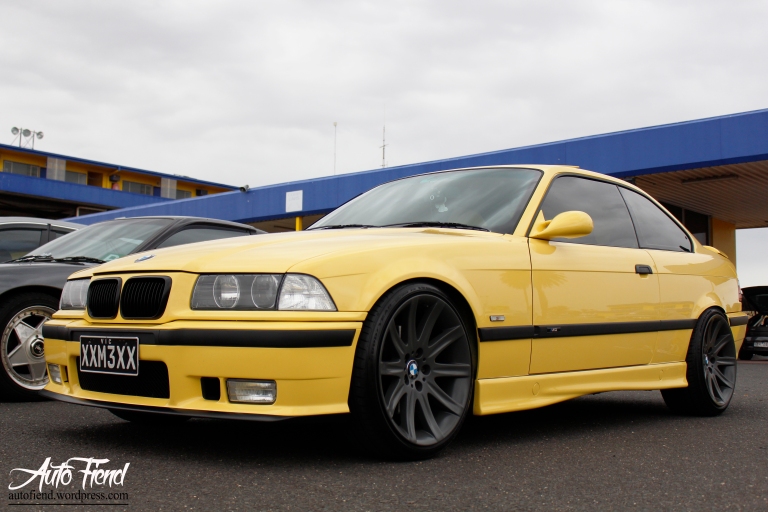 It is not overly common to see an E36 M3 BMW at a show like this as they are either under covers in garage’s or out on the track.

The humble KE70 Corolla has a tough life, But they don’t require much to get them looking the business. 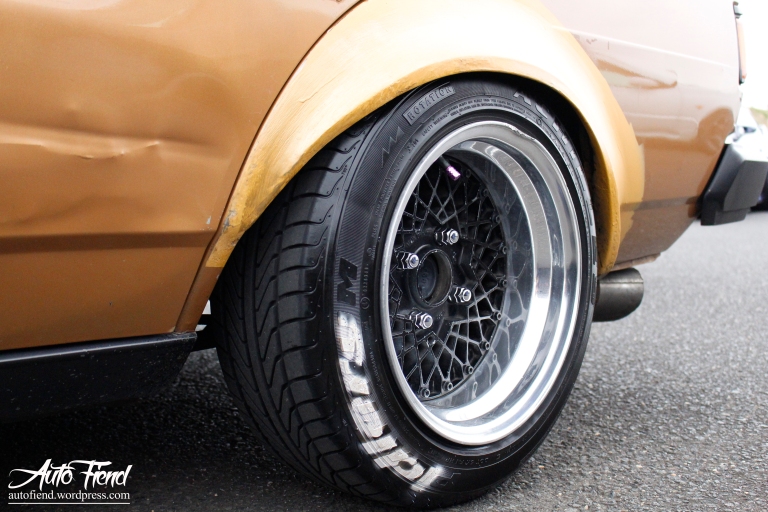 Some rear guard work helps a treat too, allowing the fitment of substantially wider and deeper wheels to be used (The Idlers reference is spot on too).

This JZA80 needs no introduction, a very understated car, given how vibrant the owner is.

What an eclectic mix. 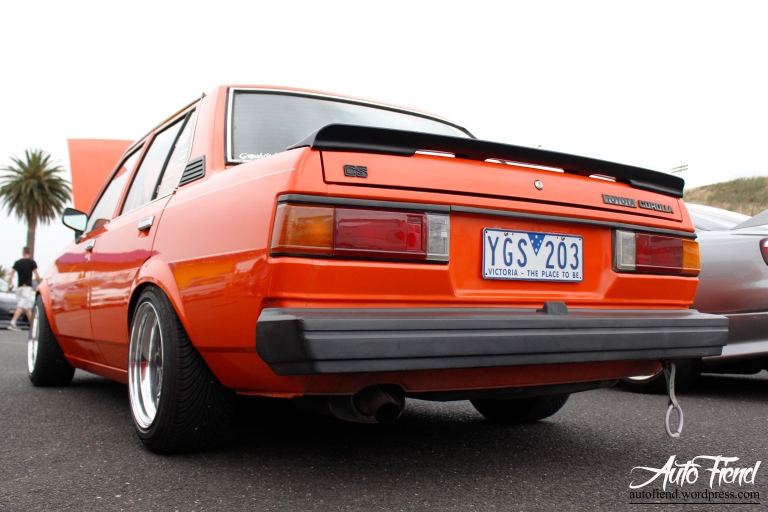 Some *E7* Corolla’s are in much better condition than others, It is a refreshing change to see someone put so much time and effort into the maintenance and appearance of their old rolla, so often they are abused and seen as disposable.

Big props go out to MR DPB for maintaining and preparing such a show quality Corolla. And that engine, Beautiful.

You can probably guess what this EK Civic is all about, and the well executed bonnet mural is a bit of a give away. Very tidy, B-Series, Rays TE37V wheel choice is on point and car is in generally great condition, So simple.

Well that is all for this post, Check back soon for Part 2 with the rest of the photos from the show.